Behind a façade of rigid propriety, they were drawn into scandalous entanglements...

Miss Bernburg’s Finishing School for Young Ladies is a game about the relationships between young ladies at a finishing school in the 1950s.

In it, you assume the role of a Homemaker, a Rebel, or a Bookworm and try to create messy entanglements with the other characters: Fall in love with your enemies, ally with your rivals, and fight with your friends.

This is a GM-less, dice-less role-playing game (TTRPG) for 3-6 players.

Miss Bernburg’s Finishing School for Young Ladies consists of eleven minigames that each have their own rules and are played in any order you like. Some of the minigames are one-on-one, some allow additional players to join, and some are for everybody to play at once. A few games use a token mechanic or ask you to flip a coin to make a decision.

The game works well as a one-shot or few-shot. You can easily link together multiple play sessions for a longer story and/or to allow for a shorter session length.

You can play the game in a variety of tones ranging from lighthearted boarding school shenanigans to oppressive historical horror, depending on what your group is interested in.

Miss Bernburg’s Finishing School for Young Ladies uses the Firebrands framework created by D. Vincent Baker and Meguey Baker. It contains everything you need to play (besides something to write, a few tokens, and a coin to flip).

The wonderful cover illustration was created by Christiane Ebrecht.

You get a professionally designed 52-page PDF in A5 format with all instructions to play the game. The PDF has internal cross-references and external links. It has been tagged (to the best of my current ability) for better usability with keyboard navigation and screen-readers (please let me know if there's anything I can improve!).

Bonus material for the history nerds: The PDF also contains an appendix with a linked list of relevant issues and events of the 1950s in Western Europe and/or the United States, especially those affecting women, queer people, and Black People. If you like, you can include these in the backdrop of your game or use the list as a jumping-off point if you want to dig deeper into the historical setting. (You can also just ignore all of it and just play the game with the version of the 1950s you already have in your head.)

Since some of the links don't work even after epic fiddling because of special characters and umlauts (I hope I can figure this out eventually!), you also get a TXT file with all links from this appendix.

Bonus info for the queer film nerds: "Miss von Bernburg" is the name of the teacher that Manuela von Meinhardis, the protagonist of the lesbian movie classic Mädchen in Uniform (Girls in Uniform, 1931/1958), has a major crush on.

Necessary info for the times we live in: This game is not for TERFs/GCs, gender essentialists, anti-queer bigots, racists, antisemites, and/or fascists.

The +1 Forward Podcast invited me as part of its summer series about Firebrands games.

The two hosts, Rich Rogers und Rach, and I first talked about getting into Firebrands games and my research about the genealogy of the various interpretations of the system. Then we built characters and played one of the mini games ("A Game of 'Truth or Dare'"). It was a lot of fun!

The game was created during the TV-themed 3W6 Game Jam #2 "Im Heimkino" that ran from September 17 to October 17, 2021 (off-itch.io). The other entries (all in German) by my fellow participants are:

A free PDF program with short descriptions (mostly in German) of all these entries is available here. 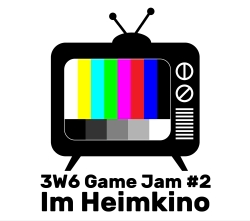 In order to download this game you must purchase it at or above the minimum price of $9.50 USD. You will get access to the following files:

Support this game at or above a special price point to receive something exclusive.

Community copies of Miss Bernburg’s Finishing School for Young Ladies are free for all who can't afford the game at the full price, especially if you are marginalized in some way.

If you're trans, nonbinary, queer, disabled, and/or BIPOC and want a free copy of the game but there's none left in the pool, send me an email to the address listed in my profile here and I'll make sure you get a free copy, no questions asked.

I had the pleasure of following some of the early stages of this game's development and am now delighted with the result. An atmospheric, lovingly designed game! Brilliant! 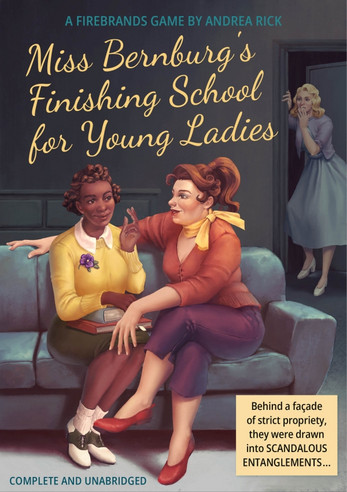 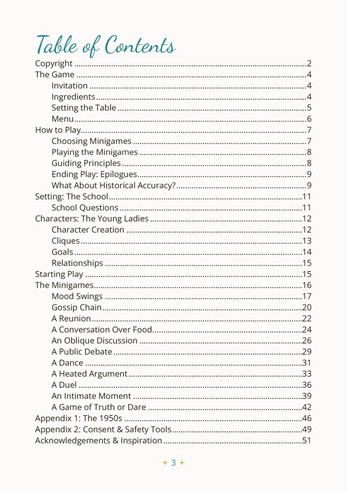 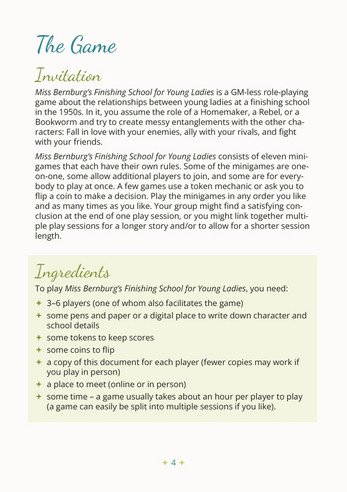 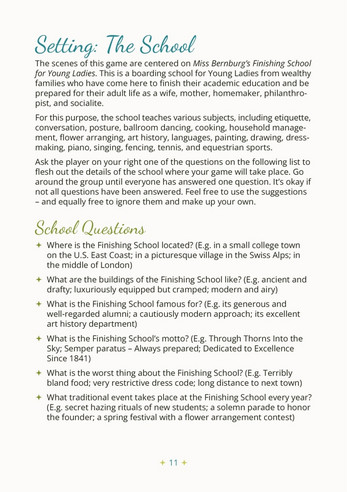 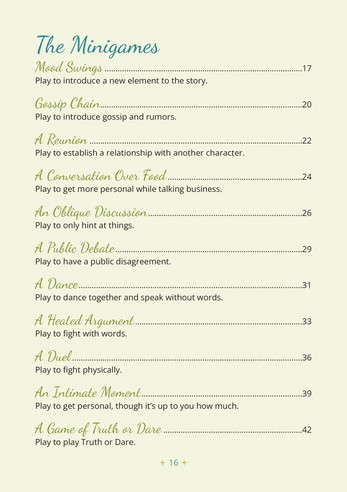 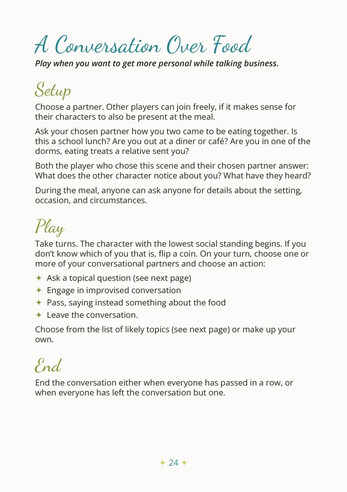 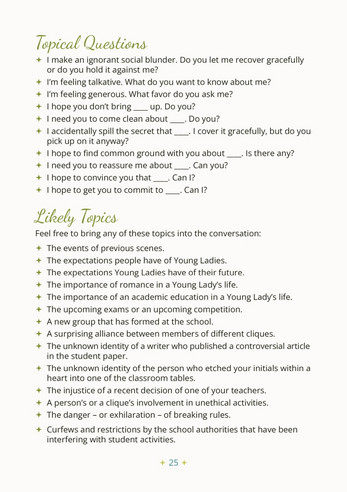 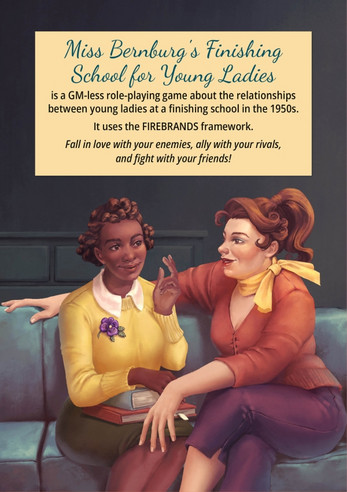